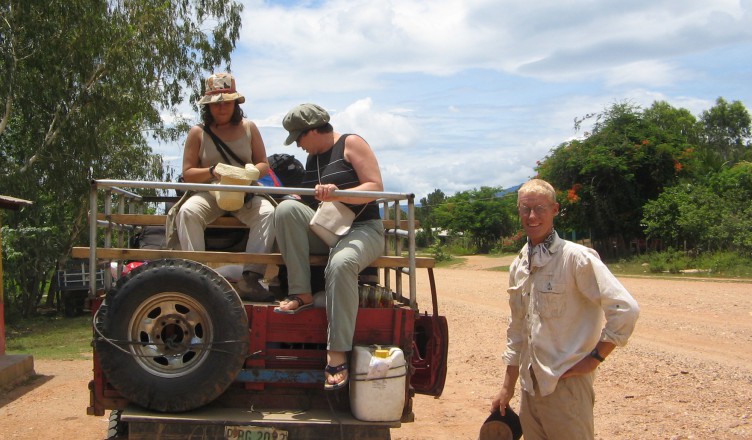 La Moskitia (sometimes written Mosquitia) is a nice jungle forest at the north east of Honduras and part in Niguragua. There is not a lot of information written down in the guidebooks like Lonely planet or the Footprint about La Moskitia. That´s why we wrote down some information to get you through La Moskitia from the Honduras to Niguragua. It´s based on our trip of about 3 weeks through this area in July 2005. Prices in Honduras are in Lempira, current  rates: 1$=18L, 1 Euro=23L. Prices in Nicaragua are in Cordobas (1$=16C, 1E=20C).  But prices can change quickly due to changes in fuelprices.

In short
We did the route beneath in 3 weeks, from Tocoa (Honduras) to Matagalpa (Nicaragua). It costed 760 USD (625 EUR) in total for 2 persons, making 18 USD (15EUR) per person per day. So not that expensive as you might think, even with one part per plane (from Ahuas to Puerto Lempira) to enjoy the view! To see our photos, click on the name of the place and you´ll be directed to our photoalbum of that place. 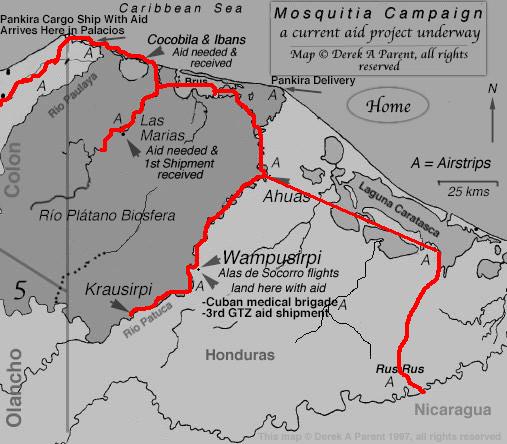 Preperations
Not everything is available in La Moskitia so you these are the things you have to arrange before you go.

The place to get to Las Marias.
Las Marias

They have a cooperation and roulate with guides for the tours. A coordinator will come to you the night before and ask which tours you want to do.
Brus Laguna
People told us it was a smelly place. We had a lot of rain, so no smell at all.
Krausirpe 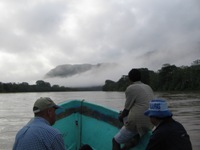 Wampusirpi
Ahuas
Puerto Lempira
In our fotoalbum of Puerto Lempira there´s also a map of the city
From Puerto Lempira to Leimus
It’s a nice hilly road, sometimes very muddy but it looked good to bike. After about 70 km you enter an military post and another 10 km further there is a nice river coming from a spring (drinking water) where you can pitch a tent.
Leimus
During the weekend there are not a lot of pipantes, so if you can plan your crossing during the week.
Waspan
Make sure to get the correct time, with us there was a lot of confusion in every town the time
was different so ask the time in every place to be sure.
Puerto Cabeza
Rio Blanco

We would appreciate it if you would send us feedback for suggestions or other comments.