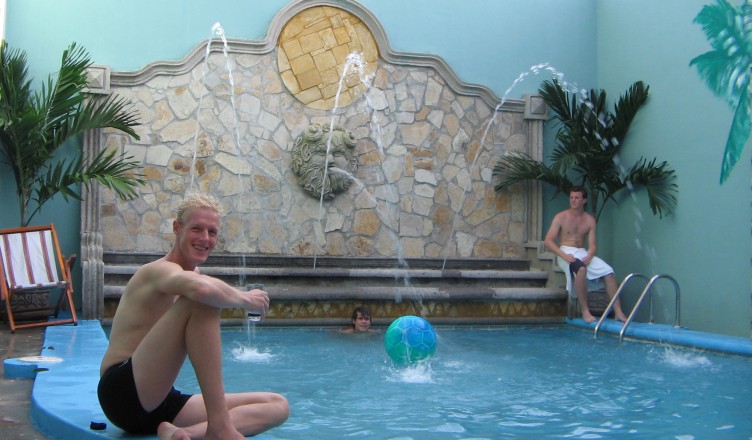 We stayed in Granada in Hospedaje Cocibolca, which is mentioned in the guidebooks. The same owner has started a new hotel, Hotel Cocibolca. And with this hotel comes a swimmingpool. Also the guests of hospedaje Cocibolca could use this swimmingpool. Info about the hotel, its a bit more expensive, but has more to offer. There are rooms with airconditioning, hot showers and television. But it also has some budget rooms, double 16 USD.  For more pictures see photoalbum Hotel Cocibolca

Also worth mentioning is Panederia Don Crossaint. It has nice pan integral which is ready at 6 pm every night. Its for sale in supermarkets but you can also walk to the panederia. Walk from Parque Central to Fortaleza Polvera, take a right turn and look on the left for a black gate, no sign. Its opposite a sigar factory