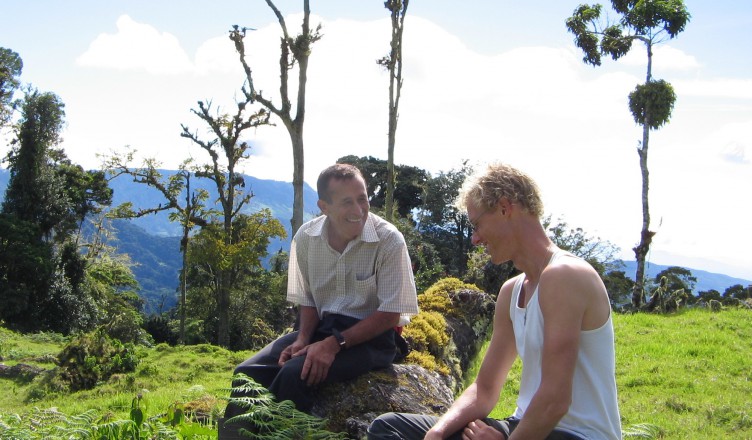 Hiking with Feliciano, Bakery Shalom and the sunday fight club starring Ngöbe-Buglé indians
We almost stayed a month in the small town Boquete and got to know some people, shops and activities. It’s a pleasant mountain town with a cool climate. During the Independice Day I met Feliciano. It turned out that he is a guide and wanted to learn Dutch. We spend some nights practicing our languages, we our spanish, feliciano his Dutch. We made some lovely walks with him. During the walks he explaned a lot about the trees, the birds and we even saw the footprint of a jaguar. His website right now has some problems with Internet Explorer but with Firefox or Opera,  Feliciano’s website is readable. He speaks Spanish, some English and Dutch. 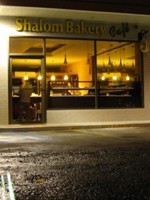 Shalom bakery
On the way from the yellow brige to the central park you find the Shalom bakery with very nice products. With this name you expect some Israelian owners but no, the friendly Korean owner listens to the name Sun Won Ko. We came there every day at least once. Our favorite products were the pan intergral (1USD), the vegetables bread balls (big bag 1USD, small one 0.50USD) nice for a hike with Feliciano, the cheese, olive, ham balls (ask them to heat them for you).  And the ´Berliner bol´, a kind of a dougnut (0.40USD) is VERY nice. 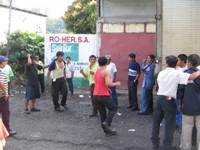 Sunday entertainment, Fight Club starring Ngöbe-Buglé indians
During the coffee harvest season there are a lot Ngöbe-Buglé indians in Boquete. At Saturday and Sunday they come to Boquete to drink and fight. We were surprised by the ambiance, not agressive at all! They drink until they almost fall down, then ask another do you wanna box? If the answer is yes a arbitrator chosen and they start. Afterwards there the best friends and are hugging eachother. We wandered why they were fighting. We heard that they don’t make a lot of money, most is used for alcohol and the fighting is cheap entertainment. See also the movie in the Fight Club album.