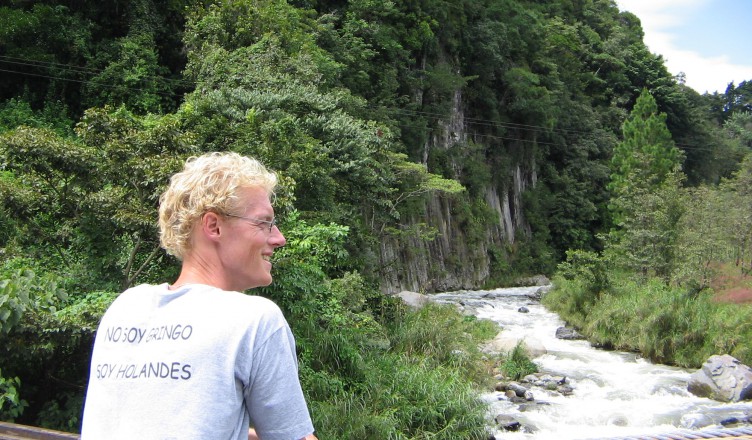 No soy gringo, soy holandes
A lot of times the local kids in Guatemala, Honduras and Nicaragua call us gringos.
We had a lot of time explaning to them that we were not gringos (people from North America) but ‘holandeses’.
That’s where we came up with the idea of a t-shirt. 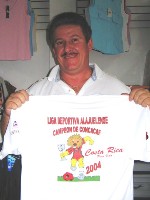 In Cartago, Paraiso we found a shop where we could make our own text on a t-shirt for 3000 Colones (6 dollars).
And so we had made a t-shirt for Bas, no soy gringa, soy holandesa.
A great succes! This t-shirt is a contactmaker. Most of the times positive, sometimes negative.
Just before we planned on going to Panama we went back for a t-shirt for Eelco.
The guy remembered us and found our t-shirt so funny that he surprised us with two free t-shirts of his famous football club.
So if you like the idea of a t-shirt of your own, visit …. in Paraiso, Cartago, close to San Jose. 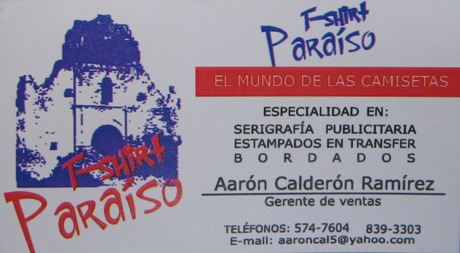