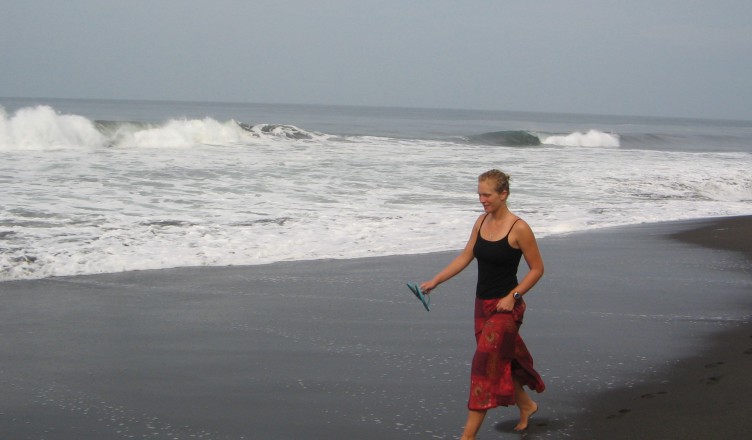 From Metapán, El Salvador we send this last message about Guatemala. After 6 months we´re gone leave Guatemala. It took us longer then expected, but with a good reason: it was even nicer then we expected. 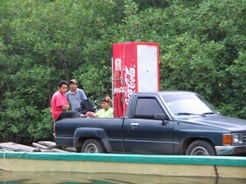 Monterico, the beachtown of Guatemala
And that says a lot about the beachtowns of Guatemala. It isn´t much. A black vulcanic beach, humid, mosquitos and some shelters. Maybe not fair, because we were here in the wrong season. When you come here in december-februari, it must be a lot nicer, not as humid, not so many musquitos and more flowers. But still, we enjoyed it and stayed 2 days to get a feel of the laid-back, reggae-like atmosphere, see it at the Monterico album. 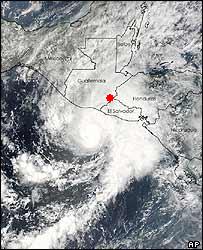 In the middle of hurrican Adrian
From Monterico we went to Jalapa. Not for the town, but for the view during the journey from Jalapa to Esquipulas. Accoording to the books, that should be a wonderfull one. But we´re a bit in the rainy season, so it´s not that clear. And… we read that hurrican Adrian was on it´s way. Going for… Guatemala en El Salvador. And guess where we are? On the border between Guatemala and El Salvador! But it didn´t feel like a hurrican was on it´s way. Newspapers were making a big thing of it, but in Esquipulas it was just a bit rainy, not even windy! And still.. when you have a look at the satelitepicture, we were pretty close, but realy, we didn´t notice anything.

And also an earthquake
What we did notice, that is to say, what Bas noticed, was an earthquake. We were in an hotel, and I was rearranging my moneybelt while suddenly Bas ran away. I was just standing there with my pants down so couldn´t move. Besides that, I didn´t understand where Bas was going to. Apparently I didn´t nocite anything of the earthquake. Others did, because it was very noticable. Nice area, earthquake, hurricane, what´s next? A pitty is that with these events, the internet connections are very bad, because the´re based on satelite. So we can´t tell home we´re still alive.

Esquipulas
As said, the journey from 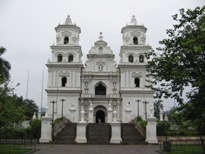 Jalapa to Esquipulas wasn´t as pretty as we hoped it would be, due to the weather. And propably Esquipulas is also a lot prettier in the sunshine. Esquipulas is known for the black Jezus. It´s a pilgrimplace, because a religious figure got rid of his illness overthere. During the weekends it´s very crowded here. They even made special lines and fences to coordinate the crowds, like they do in DisneyLand. But at thursday afternoon it´s nice and quiet. The basilique itself is also impressive, especialy while driving into the valley, but also this was a bit disappointing due to the rain. In spite of this all, we still took some nice pictures. Our last of Guatemala, because the next day we went to the border of El Salvador.

So now: El Salvador
At the moment of writing we just arrived in El Salvador. Nice people, reasonable weather. But more about that later.