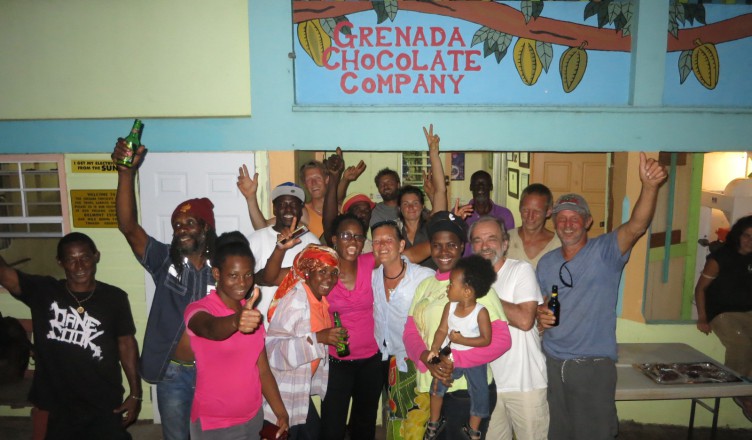 Fortunately for us everything went as usual with delay, so that we (trainees and deckhands) could spend some more time on this beautiful island. With a private luxury apartment we had freedom to be able to choose when we and the others wanted to go up, and when we had as a couple they wanted to.

Photos of the stay on Grenada

A visit to the Grenada Chocolate Company

Tuesday we would go the chocolate to load, but that fell through. Though we went that afternoon to visit the Chocolate Company. The entire crew turned out to be easy in the back of a pick-up truck to fit, so with a car full of loaded whites we crosten to the north side of the island. The Chocolate Company itself turns out to be a particularly charming house with several rooms where the different process stages of the chocolademaken be carried out. No chilly factory, but also no amateurish hassle. And the people themselves are treasures. We have seen the plantation, the factory itself and eaten chocolate stuff, plus the delicious things that Wendy, the cholatier, with it makes, for dessert after dinner. 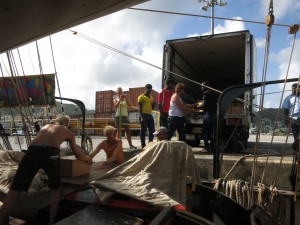 The next day the chocolate was loaded. The cooling space was koudgemaakt and loading could begin. Pure handwork, and careful not let the boxes, bounce! After loading, most employees of the Chocolate Company visit the boat, which for many the first time was on the Tres Hombres. There were a lot of photoshoots done on the bow, nice cool photos. Lesley, our child care worker, had fought well on the food. And with the appropriate beers was still very cozy on the Tres Hombres. 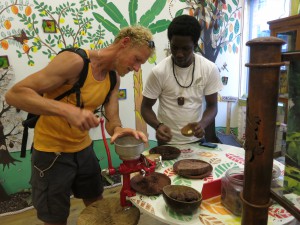 After the chocolate was loaded only the motor of the dingy had to be repaired, which meant that everyone else off. Bass and I have a few things in the neighbourhood of Saint George. The Ford George (can you skip), The chocolate House (nice and tasty),
the National Museum (adorably) and Grand Anse Beach. But also delicious idled in our apartment. A wonderful clean and comfortable apartment at Cheryl (cheryl.sylvester@gmail.com) just outside the village. 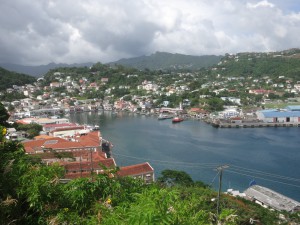 The nice thing is that it is not in a tourist piece, so that the people you already recognize and you go fast you quickly feel at home. Such a lot more fun than a room in a large hotel.

Sails again tomorrow, on to Colombia 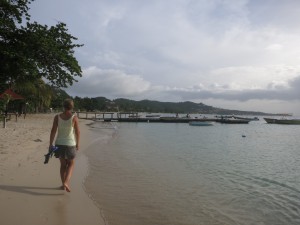 Tonight as last meal before sailing a good hamburger eaten in a beach bar on Grand Anse Beach. Because we choose again tomorrow the pirate life. The captain expected a good wind, so we would be there soon. We count on a week (you) and then we arrive in Santa Marta, Colombia, where we hope to see our friend Sander again.

Photos of the stay on Grenada

Video of the local television on Grendada: